After the success of the 2016 Odysseus Conference on solidarity in asylum and borders policies, the 2017 Odysseus Annual Conference organised in cooperation with the European Commission’s Representation in Belgiumwill critically assess the developments in European Immigration and Asylum Law and Policy during the year 2016, as well as casting a look into 2017.  In doing so, the event is organised along three different content streams – Cooperation between Member States, Protection of Persons, Management of Migration Flows. The conference gives participants the opportunity to focus on one specific area of migration law and policy within one particular stream or branch out to get a more comprehensive overview on different developments and mix workshops from the three streams.

After a plenary session devoted to the kind of crisis we are experiencing and an analysis of the importance of European values for the migration and asylum policies from a legal point of view, nine interactive workshops organised in three streams will cover topics which are at the core of the current legal and policy debates.

Each workshop is organised by a team of leading experts coming from various universities and research centres in different EU Member States who will present cutting-edge research. Workshops will be introduced by three to four rapporteurs and commentators coming from academia, EU institutions and agencies, Member States’ administrations, international organisations and NGOs. Substantial time will be allowed for discussions with the audience. High-level representatives from EU institutions and Member States will take part in the opening and closing plenary sessions.

You can find the full programme below or download a PDF version here.

Participation will be free of charge but preliminary online registration is required. Simultaneous translation between French, Dutch and English will be provided. 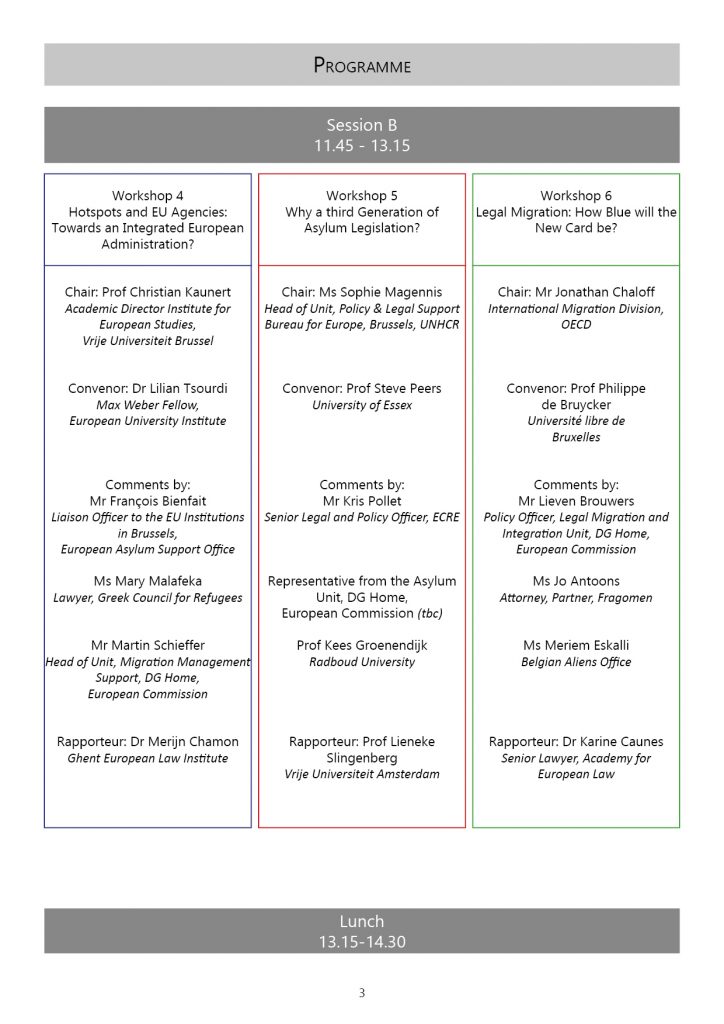